My Muslim friends and clients had always face an ‘hidden risk’ when it comes to estate distribution especially on insurance. They had assumed ,if no nomination was made, the spouse and children will get the proceeds for the insurance policy since it was purchased for the benefit of the immediate family members. However, under the estate distribution as dictated by Syriah law , it is highly possible that the majority of the proceeds end up with the deceased’s male siblings and children, leaving very little to the distraughted wife.

Likewise, under Syriah law, there is only a small percentage of an Muslim’s assets that can be willed under the common law. A non-Muslim can choose to nominate his/her beneficiaries under revocable nomination. The advantage of this nomination is the nominee/beneficiary can be change as many time as the policy holder wishes to change. However, a Muslim cannot do that and can only make an irrevocable nomination. The problem with the irrevocable nomination arises when a divorce take place. The former spouse can choose not to give up his/her right as an nominee and there is nothing the policy holder can do.

A detail report is shown below and for those who wish to know more about revocable & irrevocable nomination can read my previous post. Feel free to share this with your friends and drop me a mail if you need any info. 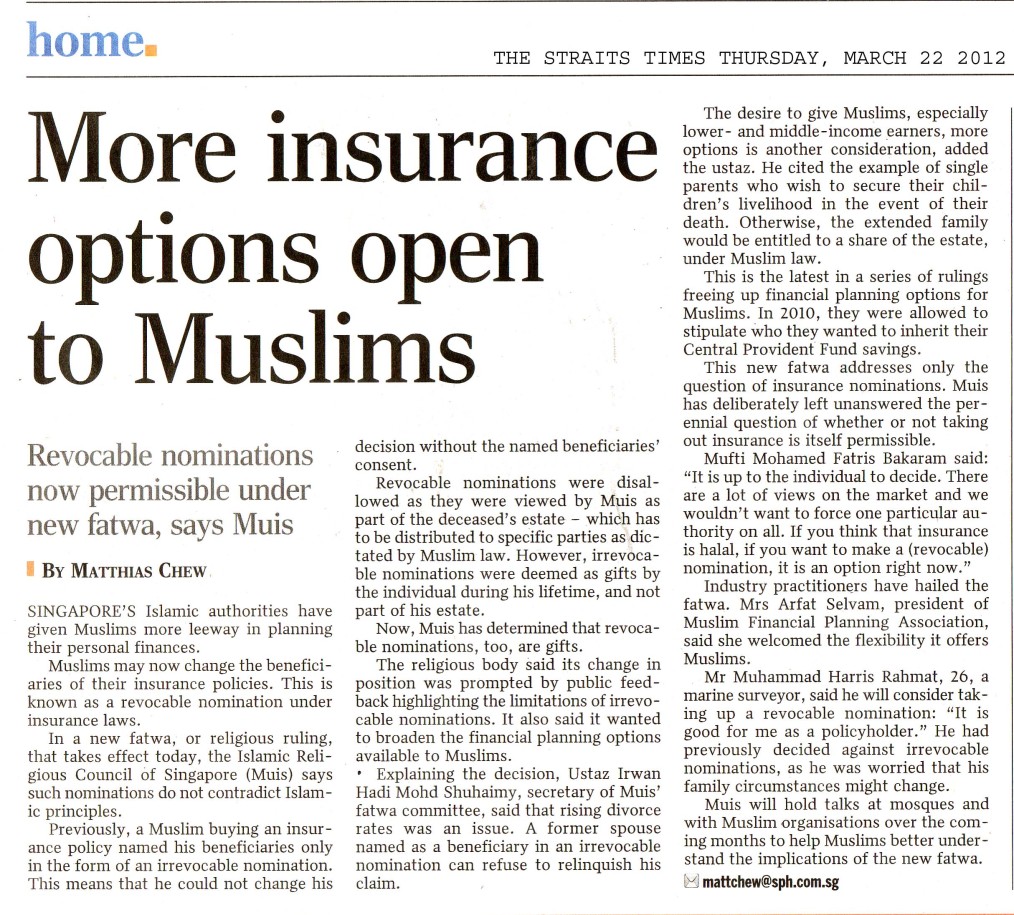